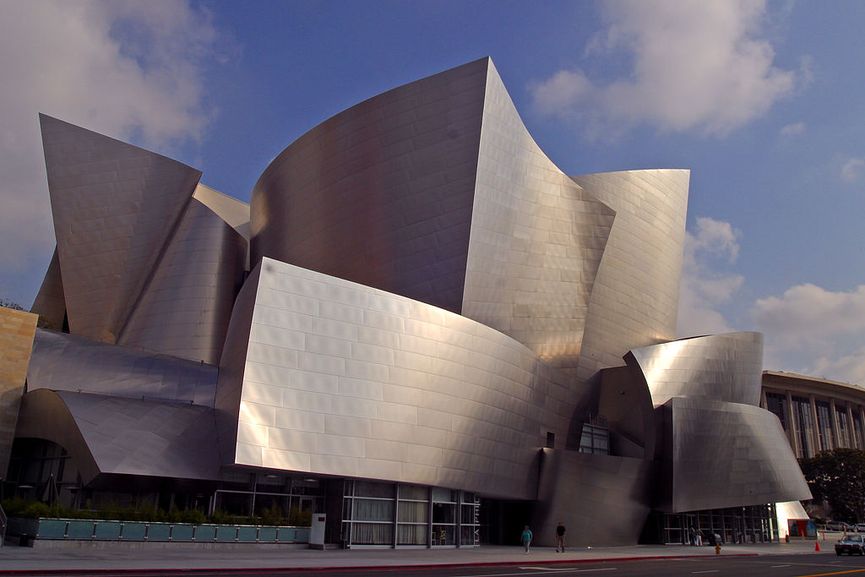 Located in downtown Los Angeles the Walt Disney Concert Hall is celebrated for both its excellent acoustics and distinctive architecture, characterized by sweeping, metallic surfaces. Gehry has been redesigning the building for more than a decade, while unexpected delays postponed construction. It was finally completed on October 23rd, 2003.

The building's exterior is made of the curving stainless steel skin which resembles silver sails and engages light as an architectural medium, while the interior features a transparent, light-filled lobby and the tightly enclosed foyer of the Dorothy Chandler Pavilion.

In order to hone the hall’s sound through spatial and material means, Gehry collaborated with the acoustical consultant, Yasuhisa Toyota. The garden features a rose fountain dedicated to Lillian Disney, who provided the initial donation for the Concert Hall, constructed from broken pieces of Delft China, Lillian’s favorite.