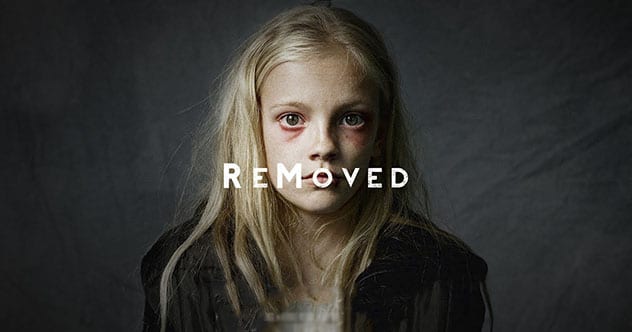 While cinema has always been the thriving medium of visual storytelling, it is only in the last 15 to 20 years that short films have developed the immense popularity that they now have. Thanks to internet culture, a variety of amazing short films have become incredibly successful, inspiring millions to tell their own stories. From comedies and dramas to science fiction or horror, a good story is a good story, and great filmmaking can transcend any genre it deals with. With that in mind, let’s throw some light on the best short films the last decade has given us:

This clever short film stars Steven Yeun, better known for his role as Glenn Rhee in AMC’s The Walking Dead. In it, he plays Ian, a young father who is tired of being kept away from his son, and decides to take matters into his own hands. While the child is crying in the back seat of his car, Ian calls his ex-wife Michelle to tell her not to worry about her son going missing, and an increasingly intriguing conversation between the two escalates.

Director David M Helman (who was originally known for directing music videos) delivers an exciting and mature, award-winning film with incredible appearances from Yeun and Alanna Masterson (also a former star of The Walking Dead) who play Michelle. “Naysayer” is a roller coaster ride of emotions from start to finish, and it will take you a while to process what this story is really about.

“Alison” tells the story of Jay, an ordinary young man who goes through a particularly difficult night while trying to take care of his drunken girlfriend, Alison. As it stands, this isn’t the first time this has happened, and as he is desperate to gain some control over Alison, Jay begins to question his own commitment to that relationship. While he loves Alison with all his heart, he soon realizes that her dysfunctional romance is unsustainable.

Written by Jessica Rose (who also goes by the title Alison), this film explores the mental health, toxic relationships, and collateral damage that comes with love, and the price you sometimes have to pay for it. It’s a sad and sadly relatable movie that will inevitably stick with you long after the first time.

This French science fiction film is set in the not-too-distant future when a company called Lovecount has developed a revolutionary technology that can be used to quantify love. We follow the story of Milo, a young husband who decides to take the Lovecount test with his fiancée just for entertainment. But while the whole experiment is just for fun and giggles at first, serious doubts begin to consume Milo when the test results show that his fiancée might be in love with someone else.

“Science Of Love,” written and directed by Timothée Hochet and starring one of France’s biggest YouTube stars, Cyprien Iov, is a dark and somber look at social media culture. With its amazing directing, real-life themes and brilliant performances, the film has been compared to many well-founded science fiction films of the century that recall the best episodes of Black Mirror.

Alli, a mother of three middle-aged children, is increasingly bored with her everyday life with her husband and children. She struggles to come to terms with the reality of her prime that is now behind her. But when a young and sexy couple moves into the building across from theirs, Alli develops a bizarre obsession that forces her to spy on their new neighbors’ intimate moments with binoculars.

This Oscar-winning drama was written and directed by Marshall Curry, best known for his documentaries. The film is inspired by a true story told by Diane Weipert, from real life Alli (brilliantly portrayed by Maria Dizzia), on the Love + Radios podcast. “The Neighbors’ Window” is an absolute must with a lot of heart and lets you ponder the depths of your own life for quite a while.[1]

Ethan Kane is an astronaut about to complete his final mission, which will make him the first man to travel through space at the speed of light. With his wife, his son and the rest of the population who are watching him, the now legendary pilot makes history when he jumps from Earth to Mars in a few seconds and triggers a triumphant festival around the world. But the spaceship no longer works when it begins the return journey, and Ethan travels to an unknown location and disappears from the world in a flash.

“FTL” (Faster Than Light) is a real gem of science fiction. Director Adam Stern delivers a strong and surprisingly emotional film, with Canadian actor Ty Olsson in the lead role. It’ll give you serious “2001: A Space Odyssey” vibes as the story unfolds in the most unexpected ways. “FTL” feels like a little piece of a much bigger story that we hope to see in a feature film one day.

Marcus, a worried and neglected boy who lives in poverty, has built a cozy hideaway on the roof of a building where he camps alone to avoid problems. Sadly, his safe haven is in jeopardy when his crush Trish (played by Game Of Thrones’ Maisie Williams) finds him and asks for help, causing the anger and jealousy of her abusive friend Darren.

This moving and somber film, directed by Nour Wazzi, is about a surprisingly mature and realistic take on London’s troubled youth, with powerful appearances from Maisie Williams and Michael Matias. It is essentially a simple film about two young people in pain during difficult times. “Up On The Roof” is a story of struggle and humanity that everyone should experience.

Made Public is a clever comedy about a naive young man named Dave who completely ruins his perfect wedding day after expressing doubts about the marriage on a social media post that accidentally went viral the night before brought. When he tries to clear things up with his bride before the ceremony, things get worse and he learns the hard way that he should never have messed with a woman’s dream wedding.

A surprisingly inventive take on the impact of social media, this film is based almost entirely on the chemistry between the two main cast, Josh Zuckerman and Jeanine Mason, delivering incredibly compelling and nuanced performances. “Made Public” makes a wise comment on this generation’s constant need to publicly share all the details of their lives, and is only reinforced by delivering a scenario that feels more plausible than ridiculous.

“ReMoved” tells the dark and unfortunate story of 10 year old Zoe, a young girl with a difficult life who is taken away from her neglected mother and violent stepfather by Child Protective Services. Separated from her little brother, Zoe struggles to adjust to her new reality in the care system, and the behavioral problems associated with her past environment come in the form of a hardened defense mechanism caused by anger and confusion.

As an intense film full of passion, “ReMoved” was very popular on YouTube and was praised above all for Nathanael Matanick’s fantastic directing and Abby White’s breathtaking performance as little Zoe. Two years later, a sequel to “ReMoved” entitled “Remember My Story” was released, which gives audiences the much-needed sense of closure on Zoe’s journey. The short films became a gold standard for storytelling on YouTube and are widely used as a template for amateur filmmakers on the platform.

Following a similar theme to the previous film, this 2016 gem follows a day in the life of titular Jada, a homeless 7-year-old who lives alone on the streets of Venice Beach. While navigating the world with her mind and making some money by selling handcrafted “stick people” to anyone who wants her, Jada suddenly finds her day disturbed when a man she doesn’t know looks for her.

“Jada” is a wonderful story with endless emotions. It is a true gift to reflect on a reality too often overlooked by most people. Director Doug Roland delivers a vibrant and admirable film, with amazing characters, great performances, and moving music, that adds a heavy layer of heart to an already deeply real and passionate narrative.

Produced by legendary actress Viola Davis, this absolute masterpiece of a movie tells the story of Oliver, an unfortunate LA actor whose career has faded over the years. During a divorce he has to come to terms with, Oliver works as a lifeguard at a nightclub to make ends meet. The story unfolds when we follow him at work on a particularly difficult night when he has to face the reality of his situation.

Written and directed by Marshall Tyler, this Sundance Festival favorite makes an incredibly human film. Tunde Adebimpe’s masterly achievement as a man who reaches a new stage of his life with many difficulties is a true miracle when he breathes life into this vulnerable character who is struggling to reconnect with his own dignity. “Night Shift” is for sure one of the greatest short films ever made and a definite must for any movie lover out there.