Top 10 most underrated synthwave songs ever 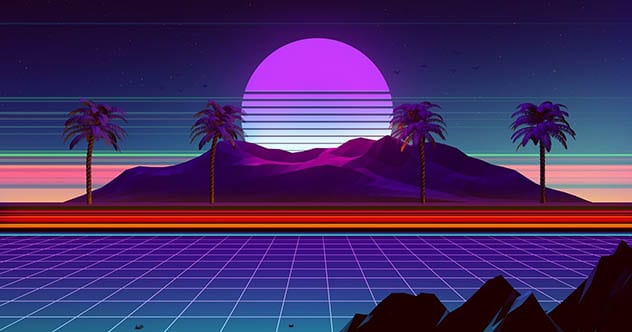 The world of Synthwave is like no other, inspired by the magical nostalgia of the 80s mixed with the modern sound of electronic music. While the now semi-subterranean genre is slowly becoming mainstream status, some classic songs are becoming increasingly popular within the community. So the time is perfect to take the opportunity to shed light on Synthwave’s hidden gems. Let’s take a look at the 10 greatest synthwave songs you may have never heard of, from lesser known artists and off-genre entities to top genre stars.

Rebecca & Fiona is a duo consisting of two very enigmatic women from Sweden with a unique style. They have been around since 2010 and have been widely praised for their special talent when it comes to combining modern and retro. Her award-winning debut album “I Love You, Man”, a pop hybrid from the 80s and 60s with a powerful touch of modern house music, made her instant stars around the world.

However, her real hidden gem comes from her second album “Beauty Is Pain” from 2014 in the form of the song “Clara”, a brutally underestimated synthpop masterpiece adorned with Rebecca & Fiona’s characteristic ethereal vocal style and giving the song a dreamy atmosphere lends it perfectly to his nice feeling of nostalgia. While the song is part of another award-winning album, it is by far the most overlooked piece in the duo’s entire work.

As a criminally underestimated artist in the world of Synthwave in general, we can say, in a way, that Starfounder’s entire discography is eligible for this list. The producer has been around for a few years and shows no signs of stopping. His style falls deeply into the realm of Darksynth and he is characterized by how other people simply cannot.

While pretty much all of his songs could make it here, the crown definitely goes to his artistic tour de force “Neon Shade” from 2018. The hard, obscure and yet insanely groovy beat of this gem grips you from the very first second and doesn’t let you Come on. The production is flawless, complemented by a main melody reminiscent of horror films from the 80s. It is bursting with badass energy and deserves to be one of the genre’s top hits.

Lost Nights is one of those artists who enjoy playing with genres so that its sound feels fresh and untouchable. As a result of these experiments, he offers a variety of original Synthwave recordings. The perfect example of this would be the entire debut album “Rewind” from 2019, but more precisely, none of his songs hits this point harder than “Words”.

The dark production, coupled with the incredibly original robot vocal design, makes “Words” an absolute marvel. The melodies are as catchy as possible, and the ever-changing rhythm of the drums makes for a surprisingly transformative track that is strongly driven by its meticulous sense of detail. Lost Nights really offers us an impressive work of art, which we hope will soon go beyond the synthwave community and reach the mainstream audience.

Madelyn Darling is a young singer / songwriter who has made a name for herself in the Synthwave universe in recent years. This is an impressive achievement since she only released three songs. And even though these songs have all been received by the community with overwhelming positive feedback, it is ironically their most popular song that is also one of the most underrated synthwave tracks ever made.

The only thing that is gentler than the effortlessly soothing beat of “Bad Tourist” is Madelyn’s immaculate singing work. Your gentle and relaxed voice catches you from the first word and puts you in a galaxy of enormous writing. “Bad Tourist” is one of those songs that definitely deserve to open the doors of the mainstream audience and become a certified hit, making Madelyn the star she should be. And if this song is an indication of what will come for the singer, she will undoubtedly soon get the recognition she deserves.

It’s a strange thing when artists who are known to be in a particular genre suddenly break their own rules to do something different. It generally comes from a personal desire to expand artistically, or simply from a passion project that comes to life. When EDM producers and DJs Leandro Da Silva and Tom & Hills joined forces in 2017 to record a Synthwave record, people were understandably surprised. Fortunately, the trio delivered on every front.

With the American band Jutty Ranx on vocals, “Gonna Live My Life” is a dynamic, groovy and wistful track that will make you long for an afternoon on the beach with your friends as soon as the beat begins. Because Silva’s trademark, the undertones are still very present in the song, but every single chef in this kitchen has put his heart into making one of the best synthwave tracks of the year. And although it has had little success in the EDM community, it has been largely under the radar in the synthwave world or in the world in general.

DJ Ten is a highly regarded character in the vast universe of Synthwave. After all, he is the founder of NewRetroWave, the world’s largest network for this genre, and one of the best-known record labels. As an artist, he is also a strong presence. When his EP “We Dream Loud” was finally released to the world in November 2019, the excitement was palpable. And with a feeling of euphoria, people have to discover “creation”.

Along with Lost Nights, who carries a powerful set of vocals on the track, Ten delivers a compelling song that is adorned with a slow beat, beautiful melodies, a gentle mood, and an enchanting sense of nostalgia that takes you straight back to the track brings 80s. “Creation” is a real masterpiece of the genre, which is part of a brilliant work that once again consolidates the status of DJ Ten in the world of Synthwave.

4th “Paralyzed” by John & The Volta

French indie pop band John & The Volta (yes, it’s a reference to John Travolta) has been around since 2017, and their 2013 debut EP “Empirical” brought the world to the song “Paralized,” the original version of ” Paralyzed “. . The revitalized version of the song was released in their album “Low Life” in 2017 and quickly became a fan favorite that established the band’s name in the indie world.

“Paralyzed” is a charismatic performance by John & The Volta – one that combines Synthwave with a masterful hint of indie rock and gives the track its own very unique identity. If the hook doesn’t even move you a bit, unfortunately we never have anything. The song had a moderate wave of success in 2019 after it was featured in season three of the original Netflix series 13 Reasons Why (just like their song “Bad Dreams” in season two), but it’s far from being the absolute hit be.

The beautiful sub-genre of Chillwave (or Lo-Fi Synthwave) has been tackled by many over the years, but few have managed to embrace it like Florida Skyline. Unfortunately, we lost Florida Skyline in late 2019 when she tragically passed away at the age of 17. But we are eternally grateful that she left her a unique and powerful work that we can enjoy forever. The Moscow prodigy was a true master of the genre, and it was never as obvious as in her instrumental piece “Galactic Swing”.

The first-class production ability in this song is a dream. The melody is precise and very detailed and creates a dreamy atmosphere that perfectly shows off the talent behind the track. Florida Skyline was only 15 when the song was released in their EP “Utopia” in June 2017, and we can only imagine what the future would look like for such a talent. And so “Galactic Swing” is a song that is entitled to far more recognition than is already available in the community. Quiet in Peace, Florida Skyline.

Although Wayfloe is relatively new to the scene, it doesn’t need to be introduced to the synthwave world. They are one of the most inventive acts the genre has ever known, and they are particularly characterized by the garish sense of mystery around them and their cryptic lyrics. Though they have largely experimented with Synthwave, Wayfloe has repeatedly proven that if you approach the genre in a more traditional way, you can surpass almost anyone. Case and point: “Dance 1984”.

From their now iconic tracks “Neon West” with Firefox AK and “Fractions” with Jessie Frye to “Godspeed” and “Moonwalker”, one can say with certainty that Wayfloe’s unique nostalgic dark tone has become an artistic signature that nobody can replicate. That’s why “Dance 1984” is such a joy. The track is a surprisingly joyful antithesis to an otherwise dark album with heavy themes. A cheerful and playful tune that simply expresses the desire to let go and have fun is the opposite of what you’d expect from the boys in the round glasses, and that’s why this underestimated gem is so perfect.

It’s been almost ten years since the French duo Teenage Bad Girl disappeared from the world. With several EPs and albums they had some minor hits in the late 2000s and early 2010s, mainly with their 2011 final album “Backwash”, which thanks to tracks has gained a bit of cult status over the years like “X Girl” with Rye Rye or the powerful one “Fast Food Delivery”. And in this last album, the duo gave us one of the greatest synthwave tracks ever.

In “Jumping Judas”, Detroit rapper Illa J works with Teenage Bad Girl to create an absolute blast on a record with a dark tone and a powerful lead melody that creeps in on you halfway. The whole song is powered by Illa J’s impeccable flow and old school rap style, as well as a flawless production by Teenage Bad Girl that blends multiple music genres together to combine everything with a heavy layer of 80s synth. Almost 10 years later, very few synthwave tracks can compare to the brilliance of “Jumping Judas”, and the fact that this song doesn’t get the reputation it always deserves is an outrage.