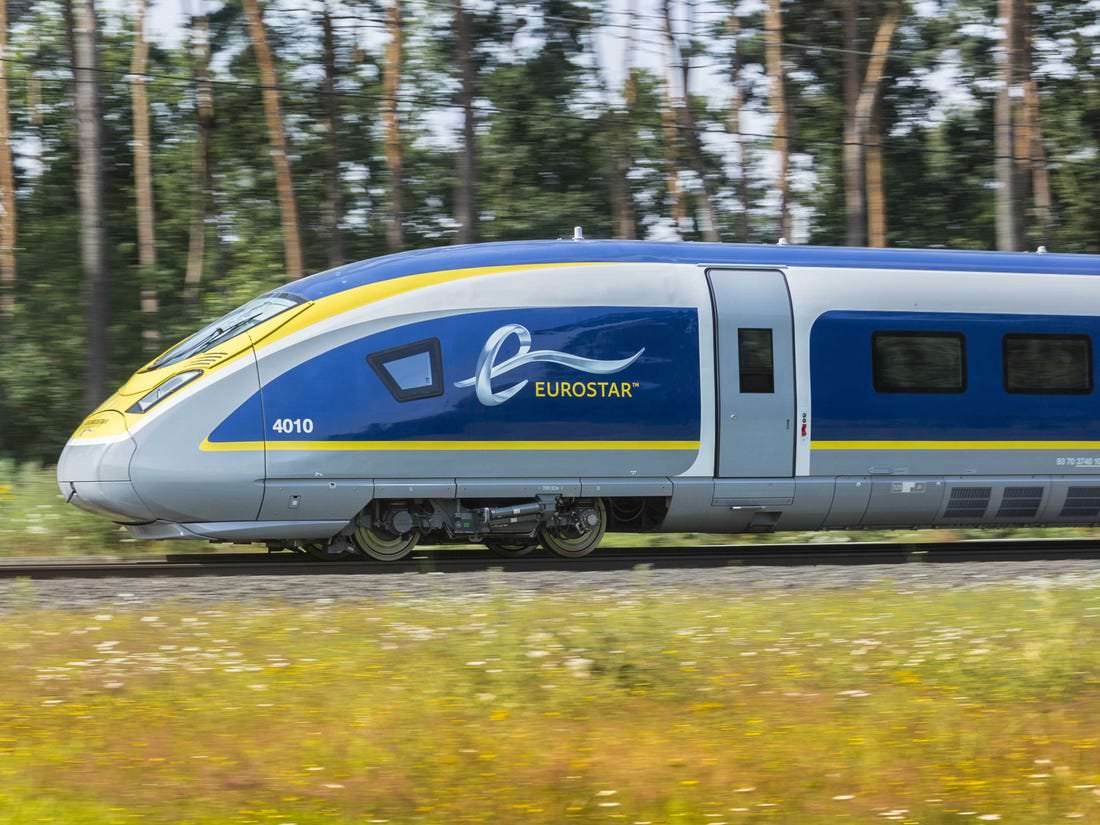 Today the train is one of the most popular means of transport in the world. However, many of us find traveling by train not very comfortable and long. Maybe we just have to choose the "right" move? We present our list of the ten fastest trains in the world.

THSR 700T – a high-speed train for the Taiwanese railway system. Train THSR 700T was designed by the Japanese company Kawasaki Heavy Industries together with Nippon Sharyo and Hitachi. The train's record speed is 335.5 km / h (208 mph), but typically at a top speed of 300 km / h (186 mph). It was put into operation on 5 January 2007.

ETR 500 (Elettro Treno Rapido 500) – a series of high-speed trains built in Italy. The first ETR 500 was developed under the patronage of the state-owned company Ferrovie dello Stato. Today it belongs to the most important Italian railway company – Trenitalia. It was first put into operation in 1993. A first prototype of this train called "ETR 500-X" nicknamed "Remo" was built in 1988.

TGV Reseau is a high speed train of the French company Alstom based on the TGV Atlantique. Therefore, it was put into operation in 1993. In short, the performance of the train – 11 800 h. p. The maximum speed is above all at 320 km / h.

Eurostar is also known as the British Rail Class 373 – high-speed train that connects London, Paris and Brussels. The train can simultaneously carry up to 750 passengers and serves the homonymous high-speed main road, which leads through the tunnel under the English Channel. The specified maximum speed of the train was 334.7 km / h, the maximum speed 300 km / h.

HSL 1 is a high-speed train between the cities of Brussels and Paris. Thanks to the speed the train can develop HSL 1. Therefore, the time required to overcome the distance between these cities has been substantially reduced and is only 1 hour and 22 minutes. The train was put into operation on 14 December 1997 for the first time.

AVE-350 – High speed train, designed by the Spanish company Talgo together with the Canadian company Bombardier. The main purpose of this train is to operate the Madrid-Barcelona high-speed line. The maximum speed of the train is 365 km / h and the maximum speed 330 km / h. Due to an unusual front part of the locomotive, which is reminiscent of a beak, the train was nicknamed "Pato", which means in Spanish "duck".

Shinkansen is also known as the "high-speed train" – the Japanese high-speed train that runs on the railway system of the same name. The maximum speed of the train was registered in 1996. Then Shinkansen accelerated to 443 km / h, which was an absolute record for that time.

CRH-380A – The Chinese railway train is designed for a cruising speed of 350 km / h. Therefore, the record speed of the CRH-380A train was 486.1 km / h (302 mph). On the other hand, the power is 12 900 hp. Currently it is manufactured by the companies China South Locomotive and Rolling Stock Corporation Limited. It has been in operation since 2010. It's also China's express train.

TGV POS – high-speed French train operating since 2006 between Paris – Luxembourg and Paris – Strasbourg. It is known that on April 3, 2007 in the presence of journalists, the train was accelerated to a speed of 574.8 km / h, which set the speed world record for railway trains. In operation, the maximum speed is 320 km / h.

The TGV POS is a fast TGV train. In other words, it's the fastest train in the world with a top speed of 357.2 miles per hour.