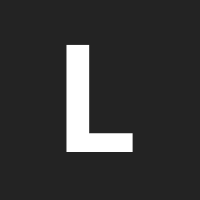 It’s very interesting to see how tea was first introduced in Sri Lanka. Tea itself was first popularized in ancient China. According to legend, the Chinese Emperor Shennong took a trip to a distant land. On this hike one of his servants began to boil some water for the emperor to drink. As luck would have it, a leaf from a wild tea bush is said to have landed in the cup. When the emperor tried it, he immediately fell in love with the drink and found it tasty and refreshing. For centuries, tea drinking and the art of making tea were confined to the Chinese areas. That changed thanks to the work of a British spy named Robert Fortune. Fortune spent years in China learning the value of tea and the methods of making it. He returned to the empire with news and knowledge of how to break the Chinese monopoly on tea. A few decades later, tea plantations appeared all over British India and soon made their way to British Ceylon.

Why does my dog ​​eat grass?

What does a software developer do?

Save up to 67 percent on these back-to-school basics