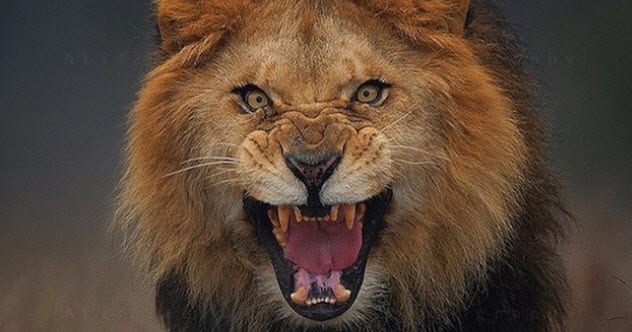 Many writers and artists had cats and dogs and sometimes used them as inspiration for their stories or paintings. The poet Emily Dickinson owned Carlo, a large dog that she took on long walks and that she mentions in some poems and letters. The Argentine writer Jorge Luis Borges had a white cat, Beppo, as a companion for 15 years, to whom he dedicated at least two poems. The painter Edward Munch, creator of “The Scream”, had a dog that was so inextricably linked with him that he even took him to the movies. But other artists had somewhat more unusual pets. Here is a list of some of the more exotic ones. 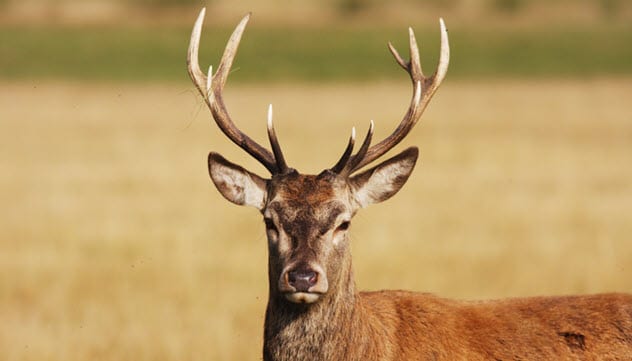 Frida Kahlo loved all kinds of animals and had some unusual pets. In her famous “Blue House” in Mexico, where she lived and worked, the famous painter kept several monkeys, cockatoos, parrots and an exotic dog of the Xoloitzcuintli breed – hairless dogs that were probably first domesticated by the Aztecs. Of the 143 paintings by Frida Kahlo, 55 are self-portraits that contain at least one of her animals. However, one of her most popular pets was the deer Granizo (hail), who posed with her in many photos, slept with her and served as the inspiration and model for one of her most famous paintings, “Wounded Deer” (1946). where she portrays herself as a deer with a human face. 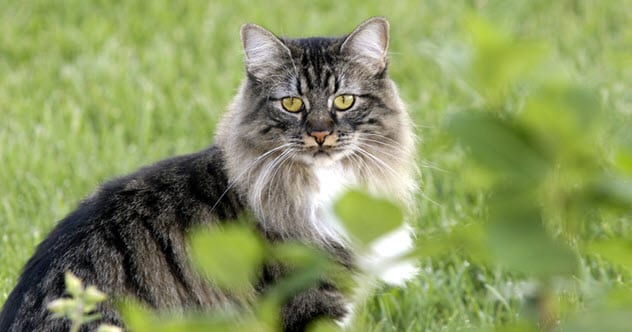 Not many people would consider Ernest Hemingway a cat person, but he loved cats and owned several of them throughout his life. When he lived in Key West, Florida, he received a cat as a gift from a captain’s ship, which he called Snowball (or, according to other reports, Snow White). The unusual thing was that the cat had six toes on each paw because of a congenital abnormality called polydactyly. Today, several of the Hemingway cat’s descendants, roughly half of which are also Polydactyl cats, live in his former home, which has been converted into the Hemingway House Museum. 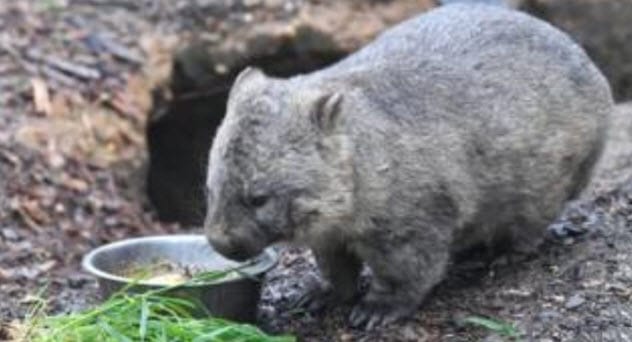 The writer and painter Dante Gabriel Rossetti, perhaps the most famous member of the Pre-Raphaelite group in the 19th century, loved exotic animals. He was particularly fascinated by wombats, these rare Australian marsupials. He took one he named Top and, to the horror and chagrin of his guests, let him sleep on the table while they ate. When the pet died, he cried and wrote an epitaph for it in verse. He also immortalized it in at least two drawings. Rossetti’s growing interest in exotic animals over the years culminated in the adoption of a llama and toucan that he brought back from South America. According to legend, he trained the toucan to ride the llama with a gaucho hat and to gallop around the dining table. 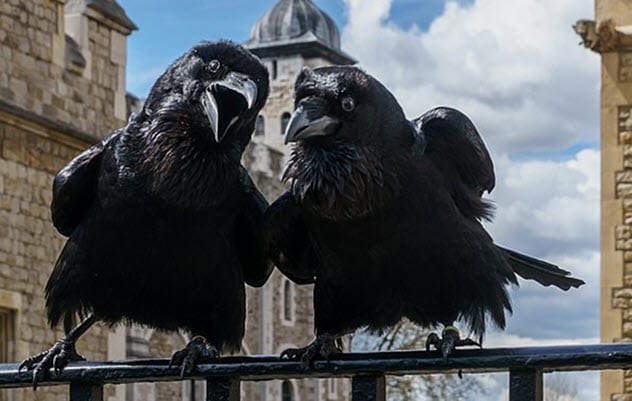 English writer Charles Dickens had a beloved pet raven named Grip, whom he even used as a character in one of his novels, Barnaby Rudge (Edgar Allan Poe, who later reviewed Dickens’ novel, may have been inspired to write his poem, “The Raven.” “). Dickens, fascinated by taxidermy, kept his raven after his death and left the stuffed bird on his desk as a source of inspiration. After Dickens’ death, the stuffed handle was sold at auction and eventually bought by an American collector. Today it can be seen in a museum in Philadelphia. 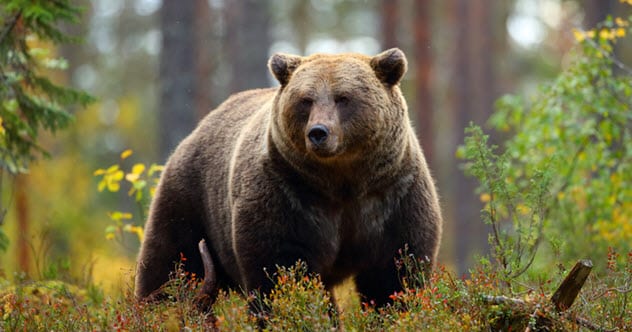 Lord Byron’s most famous pet was probably his dog Boatswain, who followed him on several adventures and for which he wrote an epitaph in verse. But he also had many other pets in his life, including a tame bear. The story goes that Trinity College, Cambridge, where he studied from 1805 to 1808, did not allow dogs to be kept on college grounds. Angry at the rules, Byron reportedly bought a tame bear at a fair and took it to live with in college. Since no pet bears were mentioned in the statutes, college authorities had no statutory right to exclude the bear or its owner. Byron walked with the bear on a chain and treated him like a dog. When he left Cambridge, he brought the bear to his property in London. 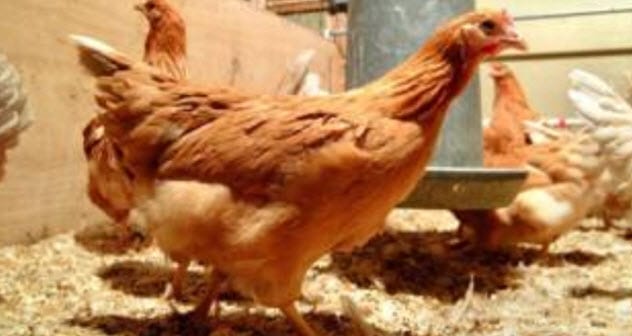 Before Flannery O’Connor became famous as the writer of “A Good Man Is Hard To Find” and other brilliant short stories, he was briefly famous as a 5-year-old, but because he owned a chicken that could run backwards. The animal and the young future writer were included in a 1932 Pathé newsreel, a film that can still be seen today. Her fascination with poultry lasted all her life. In addition to chicken that she had grown herself, Flannery owned several beloved peacocks (her favorite animals), as well as reportedly a toucan and an emu. 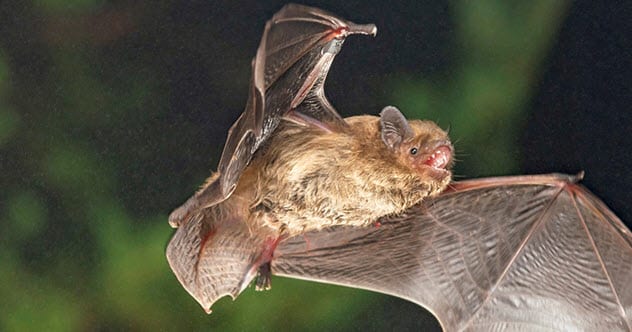 Charles Baudelaire, the famous French author of Les Fleurs du Mal, lived at the Hotel du Grand Miroir in Brussels from 1864 to 1866. One day, while walking in the hotel courtyard, a bat fell on his feet. Concerned that it might get sick, he picked it up with a handkerchief and when he recovered tended to the animal, feeding it bread and milk. The bat slept upside down in an empty cage that had previously housed a canary, and Baudelaire liked to stroke it, to the horror of his young maid Nelly. When the animal was completely recovered, Baudelaire promised to bring it back to the crevices of the Sainte-Anne chapel across the street, where it appeared to have been previously. 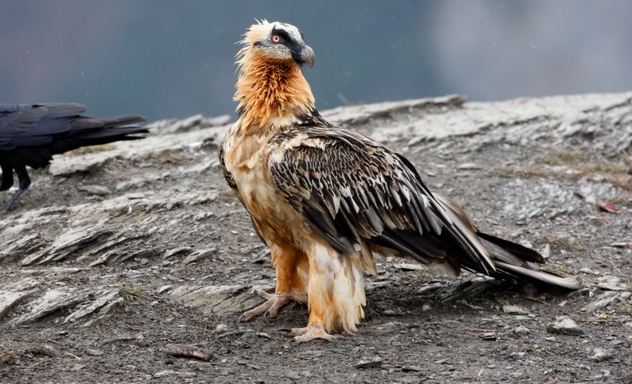 Alexandre Dumas (father), the author of the Three Musketeers and the Count of Monte-Cristo, was another writer who enjoyed having exotic animals. In addition to five dogs and a cat, he also kept three monkeys, two parrots, a golden pheasant and a vulture on his estate. He bought the vulture at a bargain price from a local in Constantine, Algeria, but bringing it to France cost him quite a bit more. He named the bird Jugurtha in homage to the ancient Emperor of Numidia, who was born in the same city (then called Cirta). However, when the vulture was in the writer’s house, it took an empty barrel as a preferred residence and was therefore renamed Diogenes in homage to the Greek philosopher who reportedly also lived in a barrel. 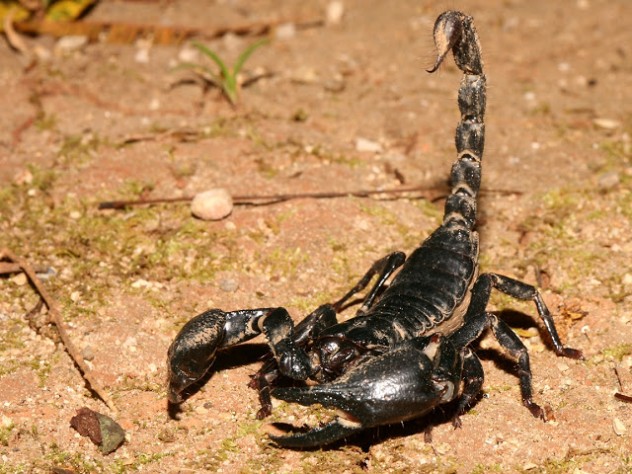 In 1865 the Norwegian playwright Henrik Ibsen was still unknown and lived in Rome, where he survived on a meager scholarship. There he began to write “Brand”, the first piece that would make him famous. As he was writing the piece, he found a scorpion crawling on the floor and decided to leave it in an empty beer glass at his desk while he wrote. He later related it in a letter to a friend: “While I was writing Brand, I had a glass with a scorpion on my desk. From time to time the little animal was sick. Then I gave him a piece of soft fruit, on which he fell furiously and emptied his poison – after that he was fine again. “Of course, it could be that the animal was just angry with its fruit diet, since scorpions are predators who usually prefer to eat insects. 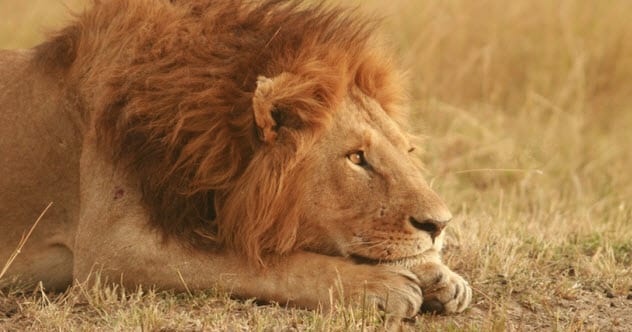 Almost forgotten today, Princess Vilma Lwof-Parlaghy was quite famous as a painter in the late 19th and early 20th centuries. Perhaps her most famous painting is her portrait of Nikola Tesla from 1916, the only portrait the inventor posed for during his life. Born in Hungary, Vilma lived in several cities, including Paris and Prague, where she married a Russian prince and quickly divorced in order to receive her princess title. In 1909 she moved to New York and settled in the Plaza Hotel. She loved animals and once wanted to see a cub she saw in a circus. When the circus owner refused to sell her the cub, she asked her friend and Civil War hero Daniel E. Sickles to get it for her. The circus owner couldn’t refuse to give the cub to a war hero, and he then gave it to the princess. She called him Goldfleck and lived with him and several other animals in her suite in the hotel. Occasionally she took him for walks on a leash in Central Park. Unfortunately, the animal did not live long, fell ill just two years later and died in 1912. It is the only lion to be buried in Hartsdale Pet Cemetery.

About the author: Tomas Creus is editor of Contrarium and author of Our Pets and Us: Developing a Relationship.