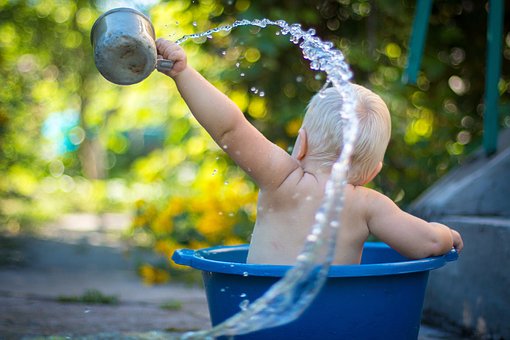 Aussies are a rare breed. A young, developing country that stands out from the rest of the world by a huge ocean. I mean, they're near Antarctica for heaven's sake. But they are no different than Americans, Canadians, British or Kiwis, right? Let us find out.

You Can not afford to buy a house

There is an old internet meme that Aussie millennials can not afford a house because they always buy avocado on toast. Well, at $ 22AUD per pop how much avocado toast goes into a house?

Well, because the baby boomers could buy real estate, all thanks to this nifty thing that is referred to as an unrestrained negative gear, which compensates for losses from other sources of income huge inflation of real estate markets over the decades.

In fact, all five major real estate markets in Australia are considered to be highly unaffordable, second only to the world outside Hong Kong and New Zealand's Auckland. The income-to-property-price ratio is the most distorted in the world.

The Australian millennials think, "Forget it, I will not afford any property anyway. I will enjoy this avocado as long as I can. Hopefully I'll get a house … "

You're getting a lot of holidays

You want to know why you're always in contact with Aussies around the world? Because (by and large) they have damn good working conditions, which include many holidays.

There are not only 1

1-13 public holidays per state, but full-time and part-time workers have 4 weeks paid annual leave per year plus 10 days sick leave plus long service leave – a few months paid leave after being in a company. And this is all required by law!

Because Aussies have a lot of vacations (and do not waste holiday time when they're ill), you'll find them on a two-week trip to Europe just a long weekend in Bali.

They are beach babies

Australia is a bloody, big island surrounded by water. Not only that, it's damn hot with lots of sunshine. With many Australian beaches on the charts at some of the best beaches in the world and the vast majority of capitals near the shoreline, this means that Australians and the sea go hand in hand.

Almost all Australians All are taught swimming lessons in elementary school, with petitions required to make them compulsory as part of the school curriculum. Newborns take swimming lessons at the local pool. The cool kids are surfing in high school. After graduation, it's all about whose parents have boats. And if you are old enough, you can buy a boat!

You can easily spot the tourists on an Australian beach – they are bright red after spending too long in the sun. The Australians have learned how important it is to grow sun creams, which comes as no surprise as two out of three Australians will have skin cancer by the age of 70. Crikey.

They love Australian sports and a punt!

Did you know that there are not one but two public holidays dedicated to sport in the state of Victoria? Not only that, one of the holidays is not even on the day of the event! What the …

Event number one is the nation's biggest gambling event: the Melbourne Cup. The Melbourne Cup is also known as "The Race That Stops Nation," a horse race in Melbourne. In fact, horse racing accounts for around 50% of the multi-billion dollar sportsbook industry.

Holiday Number 2 in VIC goes to the Friday before the grand finale – this is the day before the last game of the Australian Football League for the year. While AFL is nowhere to be found anywhere else in the world, it's a game that's enough to cause viewers to punch-up in much of the country.

There used to be "TAB" stores across the country where visitors would meet betting, now Aussies can use online sports betting directly from the bar in the pub with an eye on the game (and the online pokies in play the commercial breaks!).

But that does not stop it. Punting in sports is only the beginning for Australians when it comes to gambling. You do not have to walk much further than the nearest street corner to find a place that has one of the most popular times in the country: the pokies of course! These days, you do not even have to get off your couch to find the pokies. You can easily play them in the many online casinos that offer real money games, and it's easy to find great deals on sites like Casinoshortlist that tell you where the online casino is Good can be found.

You Know the Truth About Kangaroos

While there is much talk about "every animal in Australia can kill you," there are many other things that Aussies worry about than being bitten by others a shark – if you're not a surfer who goes to well-known shark spots, you might be a little more careful. For example kangaroos.

Other English-speaking compatriots who have not yet visited Australia have many misconceptions about kangaroos that any Australian can directly attract them.

As you can see, there are some points about Aussies that make them a world. We all have these little quirks about our homeland that make us really unique. So, the next time you're in Australian society, you're about to become an Australian. You will quickly see how they make a questioning face on "Fosters beer".