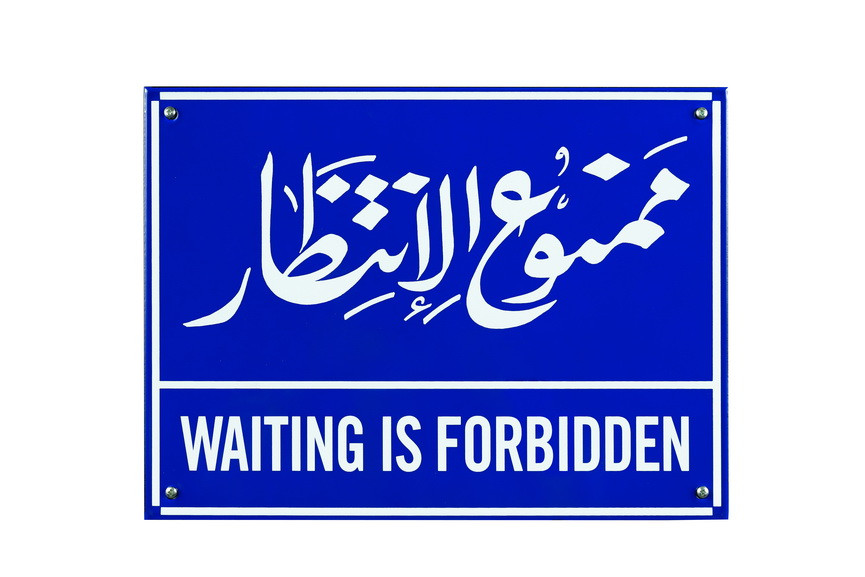 Balasz Takac is a pseudonym for Vladimir Bjelicic, who actively deals with art criticism, curatorial and artistic practice.

Even before 2015 and what is referred to as the European migrant crisis refugees from various parts of the world, suffering from conflict and prolonged violence, ran into safe environments to stay alive. Whether it is the 20th century or modern migration, its symbol is the wall – a kind of obstacle that is difficult to overcome, sometimes impossible and life-threatening.

In particular, the recent period has been characterized by the establishment of new walls to safeguard the sovereignty of a particular nation primarily to protect Europe from intruders, as migrants called and perceived by the majority of the Conservatives / Rightists Governments will be on the whole ancient continent and beyond. Therefore, reflects the wall of all emotional, psychological, and physical implications of life with real and metaphorical divisions.

Although various exhibition projects are examining the mentioned phenomenon from a variety of perspectives, the forthcoming exhibition is set to open in Berlin in Gropius Bau in Berlin, seems refreshing and promising. Under the title Walking through Walls works by 28 international artists are shown, dealing with the concept of the wall in the light of the themes of nationalism, migration and biopolitics.

Behind the Walls – Three Curatorial Points

The curators Sam Bardaouil and Till Fellrath envisioned the exhibition as non-linear experience on the three points of exploration . The first deals with the physical presence of walls and their function as separation sites; the second examines the impact of physical and metaphorical walls on people living with them while the third highlights various social and political struggles to overcome existing divisions

considering the historical Context – the specificity of the location Gropius Bau and the surrounding places such as a piece of the wall, the topography of terror on the grounds of the former headquarters of the Gestapo, the Parliament of Berlin Berlin and the Memorial to the Murdered Jews of Europe. Bardaouil and Fellrath state:

While this exhibition takes the fall of the Berlin Wall 30 years ago as the starting point, it is primarily about exploring the "wall in the head", as it is the German vernacular. With the advent of demagogy around the world, both real and imaginary new walls are being erected, fueling people's polarizing fears and prejudices. The exhibition is therefore a reflection on the present moment: an attempt to grasp the predicament of the split in all its dimensions and ultimately the assertion of the human will to resist all forms of oppression.

Mona Hatoum's new sculpture, a series of paper works from the 1970s by Melvin Edwards and Fred Sandback's 6-part sculptural construction from 1980, is first shown in the Gropius Bau .

Walking Through Walls at Groupisu Construction

The exhibition is accompanied by a Dense Program of artist talks, film screenings, and curatorial tours, a fully illustrated bilingual catalog provides further analyzes of the concept and the individual works. [194559009] Walking Through Walls can be seen in the Gropius Bau in Berlin from September 12, 2019 to January 19, 2020 .

To bring you closer to the exhibition, we have selected six extraordinary works that display the concept of walls and separation.