Edward Steichen – Three Pears and an Apple, France, around 1921 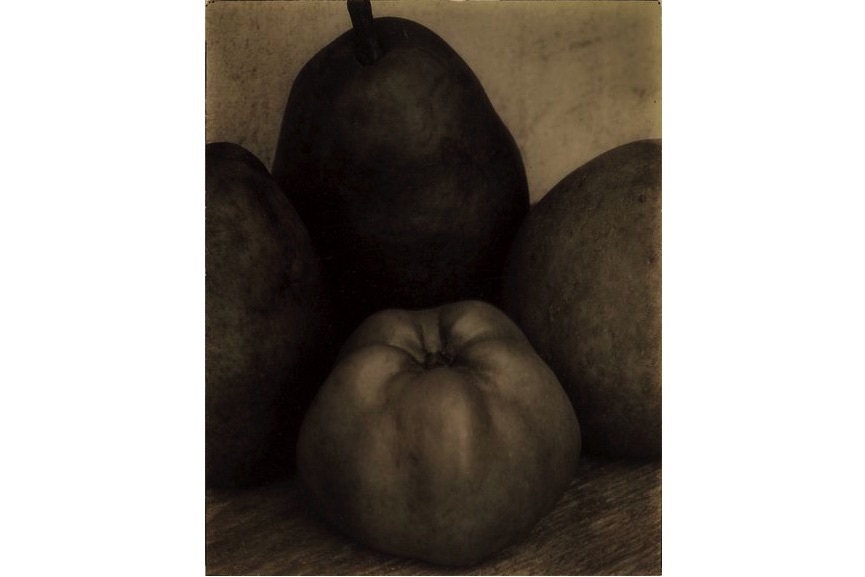 Howard Greenberg, gallery owner for more than thirty years, is now considered one of the pillars of the New York photography scene. The Howard Greenberg Photo Collection which has been painstakingly assembled over the last thirty years, has approximately five hundred photographs that are distinguished by their high print quality.

A connoisseur who has his own experience as a photographer and connoisseur Greenberg, a passionate and demanding pillar in the field, has collected a collection that reflects his keen visual sense and diverse areas of interest. His deeply personal and emotional connection with the objects lend the collection a level of humanity, intimacy, compassion and empathy that demonstrates his deep personal and professional commitment to photography.

MFA Boston has recently acquired 446 works from the Howard Greenberg Collection of Photographs. As the collector explained, the collection, which has been collected for over 35 years, reflects the unique access to so many treasures of 20th century photography. will be a perfect resting place in the MFA.

The enthusiasm of the museum for the results of my efforts was relentless. The collection will be married to a world-class museum collection that has been expertly and carefully assembled over a long period of time.

The scope of this collection is currently on display in the museum in an exhibition that shows some of the best durable and powerful photographs of the 20th century. Viewpoints: Photographs from the Howard Greenberg Collection gather 1

50 prints by photo-masters such as Dorothea Lange, Henri-Cartier Bresson, Gordon Parks, Edward Steichen, Gloria Swanson, André Kertész and Robert Frank. Kristen Gresh Estrellita and Yousuf Karsh, Senior Curator of Photographs, described the collection as "a result of Howard's role in the field of photography and his constant search for the transcendental moments that exist in this magical medium can be found.

The showcase of the Howard Greenberg Collection at the MFA Boston is divided into seven subject areas : Capture of Modernity Representation of the City Conflicts and Crises Bear Testimony Fleeting Moments Define Portraits and Music, Fashion and Celebrity . It also includes a video interview with Greenberg.

Viewpoints: Photographs from the Howard Greenberg Collection at the MFA Boston are shown until December 15, 2019 .

Here they are the highlights of the show many accompanied by Greenberg's own words to every print!

In the course of the twentieth century, photography evolved into an art form and at the same time served as an eyewitness to social, cultural and political change. Viewpoints: Photographs from the Howard Greenberg Collection present around 100 iconic images that define their time, exploring the stories behind the moments they recorded and the photographers they captured. Beautifully reproduced from vintage prints, these images include meaningful visual credentials of the American Depression, politically engaged street photography, definitive celebrity portraits, performing arts celebrations, shattering visions of war, and convincing portrayals of the civil rights movement. These prints come from the collection of Howard Greenberg – a gallerist who quietly assembled one of the world's most extraordinary photography collections for three decades – and were recently acquired by the Museum of Fine Arts in Boston.