Emergencies that are currently being treated by the Federal Emergency Management Agency include hurricanes, wildfires, tornadoes and Floods were on hand to intervene after the occasional terrorist attack or the explosion of a space shuttle. But when it first formed during the Carter administration, there was one primary emergency it had to face: nuclear war. And his main concern was not so much to care for survivors across the country, but to protect the most important people from everyone: the politicians. 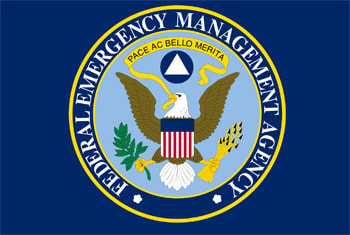 FEMA's original secret mandate was government continuity after America was inevitably destroyed. This meant tracking the locations of all the possible successors to the president around the clock (a process that they are still doing today, although they use more modern methods that companies use to track you ). After the bombs were dropped, FEMA would take surviving politicians with them to form a new, literally underground government in a cave complex called Mount Weather. During the Second World War, the government used this website to house conscientious objectors who had forced them to do so. This doesn't reflect FEMA badly, but if you're a fan of the conspiracy theory that FEMA plans to put Americans in concentration camps, that fact will make blood flow to every known erogenous zone.

The agency built additional shelters for government officials and they began investigating civilian facilities that could be converted into shelters if necessary. These covered everything from warehouses to casinos to Coca-Cola bottling plants, in case the fallout mood of was not yet strong enough. FEMA officials never identified during these exploratory expeditions. Instead, they claimed to be with the FBI. FEMA's full post-nuclear role has been removed from the books, hidden from the state budget, and revealed to only 20 members of Congress.

FEMA
Mount Weather was probably only a hangar for Mars cannon ships.

We only know so much thanks to research in the 1990s when the Washington Post discovered a secret convention bunker at the Greenbrier Resort in West Virginia. When the story became known, FEMA immediately sent contractors to destroy the computers there and remove their arsenal of assembled machine guns and grenade launchers. They were afraid of the questions that would arise, what exactly FEMA intended to do with these military weapons on US soil. The unspoken answer was: "If we were dealt with nuclear weapons, that would be the least of your problems", but as the decades go by and nuclear destruction is less and less likely, FEMA had to deviate from its wilder plans and to deal with the everyday processes of the Distributing hold water and paper towels.