In 1944, Great Britain and the USSR worked together to win World War II. MI6 thought this was a good time to reopen their secret anti-Soviet unit, Section IX. It sounds like a stupid decision, but we know that it was a good choice in retrospect. Not In retrospect, however, her decision to head Section IX, Kim Philby, was a good choice. As a counterintelligence officer and former war correspondent, Philby led a unit that had a series of mysterious failures. Like when he went to Istanbul to collect a broken KGB spy, who was suddenly pulled back to Moscow and never seen again.

Just kidding, they didn’t give his body a grave. This is Philby.

By the end of the decade, the UK was sending Philby to Washington, DC as its top representative, where he was with his colleague, intelligence officer Guy Burgess. Burgess was a constant source of laughter, whether he drank so much that he fell and his head split open, or was repeatedly stopped by traffic officers when he was try to meet guys (The tickets meant nothing to him; he had diplomatic immunity). But then Burgess and another diplomat named Donald Maclean suddenly slipped to Moscow. It turned out that they had been spies for the Soviets. Which didn’t reflect Philby well, especially since Burgess had recommended him to run Section IX.

MI6 interrogated Philby, who resigned. The question of whether he was connected to the other spies (“The Cambridge Five”, as they would be called, once they were all known) remained unanswered until 1955, when the British Prime Minister announced that the investigation had ended, and they Philby completely relieved.

Good for you, Philby! Except that information from defectors has leaked in the next few years and suspicions of Philby have increased again. In 1963 he was stationed in Beirut as a journalist, and one evening in January he and his wife were expected at an embassy dinner party. He never showed it. Instead, he boarded a Soviet freighter to escape before he could be arrested. 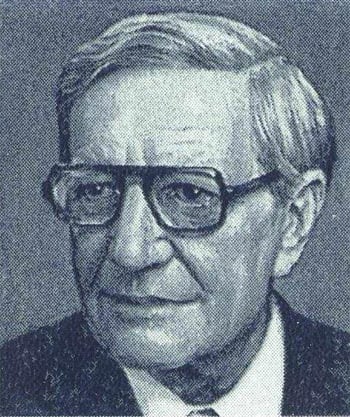 He retired and hoped to be played by Gary Oldman one day.