Skeletor was much more human than he was

As mentioned in the title, He-Man and the masters of the universe was supposed to be a cartoon about He-Man and … who the hell were the masters (Orko? Fisto? Panthro?). In fact, the villain Skeletor was the most relatable character in the series, a bleached skull in a hoodie on the body of a bodybuilding leather dad.

While He-Man’s only two moods on the show are “brave” and “striking”, Skeletor shows a number of emotions that you can actually see in other people. He is totally enthusiastic about his own plans and cheers happily when they work … 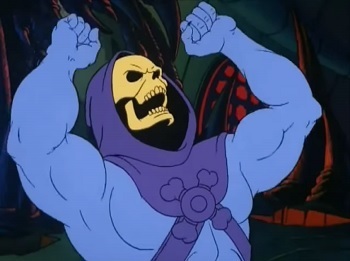 NBCUniversal Television DistributionHis arms are pumped from all the times he bends them to laugh.

… and longs if they inevitably fall apart within 22 minutes. How many times have you seen He-Man express frustration or what the Sad Keanu-Mem looked like? 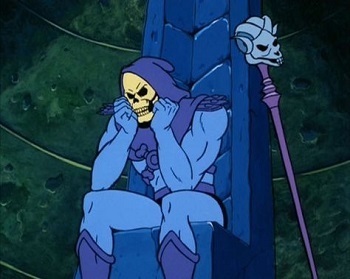 NBCUniversal Television DistributionWait, no, he’s only pooping in this one.

Skeletor is the only regular character on this show that shows ambitions or desires. The average episode revolves around making these sophisticated plans and working his ass off to make them happen just so that a ridiculous-haired Himbo breaks them down without breaking a sweat. Skeletor is in a constant state of frustration with his stupid subordinates and despair over the nebulous forces above him – he is anyone who has ever been caught in a middle management role. Furthermore, his whole motivation is to take over a magical, skull-shaped lock, and who can’t relate to it? 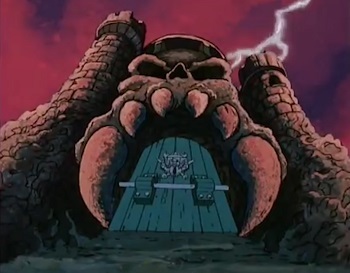 NBCUniversal Television DistributionDon’t pretend you’re not murdering to have a building with your huge face.