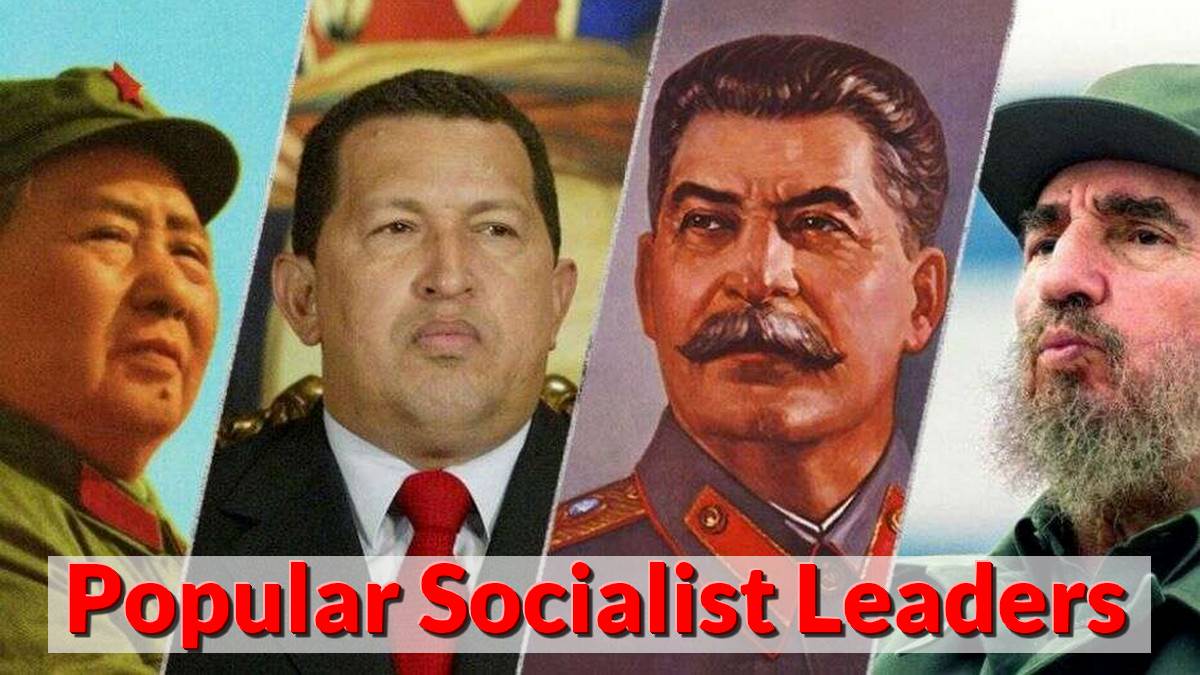 There are many types of leaders, but few will disagree that the best known among them are usually those in the liberal democratic countries. Because of this, presidents and prime ministers like Margaret Thatcher, Roosevelt, Ronald Regan, George Bush and Obama were really famous all over the world. Even so, there are some leaders who are viewed as slightly different because of their different political lines. Some call them left-wing populist, others may even call them socialist. The following is a list of the 10 most popular socialist leaders in the world.

Perhaps the most controversial socialist leader of all. Stalin was in the forefront of business when the Bolshevik Revolution took a strongly nationalist stance. Under him dialectical materialism was to be declared the official philosophy of the state. In addition, all political opponents under his leadership were ruthlessly crushed, including but not limited to the Trotskyists. Images of the Gulag and forced labor under inhumane conditions, as well as hundreds of thousands of illegal executions of political prisoners, come up when one speaks of Stalin.

Lenin, one of the leading architects of the Bolshevik Revolution, is considered to be one of the rare leaders who not only led the actual battles against the oppressive tsars from the front, but also as one whose writings and theoretical work contributed to complex problems illuminate the “class struggle”. He could foretell the rise of imperialism, and he correctly predicted that the Russian Revolution cannot succeed without victory in the battles of the working class in Germany and the rest of Europe. The story is a testimony. See also; Top 10 most influential leaders in Europe.

The Little Red Book of Mao was read by both the left and right wings. The struggle against big landowners and the Japanese colonial masters were the two main goals of his New Democratic Revolution. Its Cultural Revolution is also an extremely popular event in history. However, not everything that has to do with Mao has been well received by historians. It is said that many excesses took place during the Cultural Revolution.

See also;
10 most important people of the 20th century.
10 famous people who died from ALS.

Che is one of the best-known symbols of the rebellion and is now known worldwide. His famous motorcycle diaries were read by almost every hot-blooded young rebel. His passion for bringing about positive change in the world was manifested in her Focoist movement along with Fidel and other comrades who overthrew the feudal regime and carried out the most extensive land reforms in the history of the world.

He was a key figure in the rise of the left in Chile. His administration was followed by that of Pinochet, considered by many to be one of the most autocratic of all time. The Chilean people, now committed to a free and universal education system, will remember the good old days under Allende. However, Allende was removed from power by a coup d’état, and neoliberalism was introduced in the country in 1973.

In Brazil, growth has picked up again and there have been some populist measures under Dilma. What began under Lula was only strengthened by this leader. Both investors and the people of the country could be made happy at the same time. Many well-known scientists and political analysts have shown great interest in DIlma’s domestic and foreign policy.

This name has become synonymous with Cuba. From fighting feudal lords to ruling a country despite Washington’s sanctions, Castro was also the figurehead of leftist movements around the world. A feature film was also made about this gritty leader. He was one of the brothers in arms with Che Guevara. He was also known for his taste in cigars.

In Bolivia there have recently been massive peasant movements and political upheavals among the indigenous population. The spirit of the Latin American concept of equality and nationality was felt during the reign of Morales. He is also known to lead a very humble life in keeping with the lifestyle of his compatriots.

The current President of Venezuela is known for his tough hitting techniques and his determined position against America. He is a man who is not known to crush words. He means business and is determined to bring Venezuela one step closer to the socialist utopia Chavez dreamed of and which poor Venezuelans are looking forward to.

Known for his rough and tough demeanor, this late commander-in-chief of Venezuela was considered the founding father of the modern left-wing state of Venezuela. Indeed, his death had led many to believe that the Pink Tide in Latin America might be coming to an end, but fortunately the Venezuelan people found a capable successor in Maduro.