10 most glamorous women politicians in the world 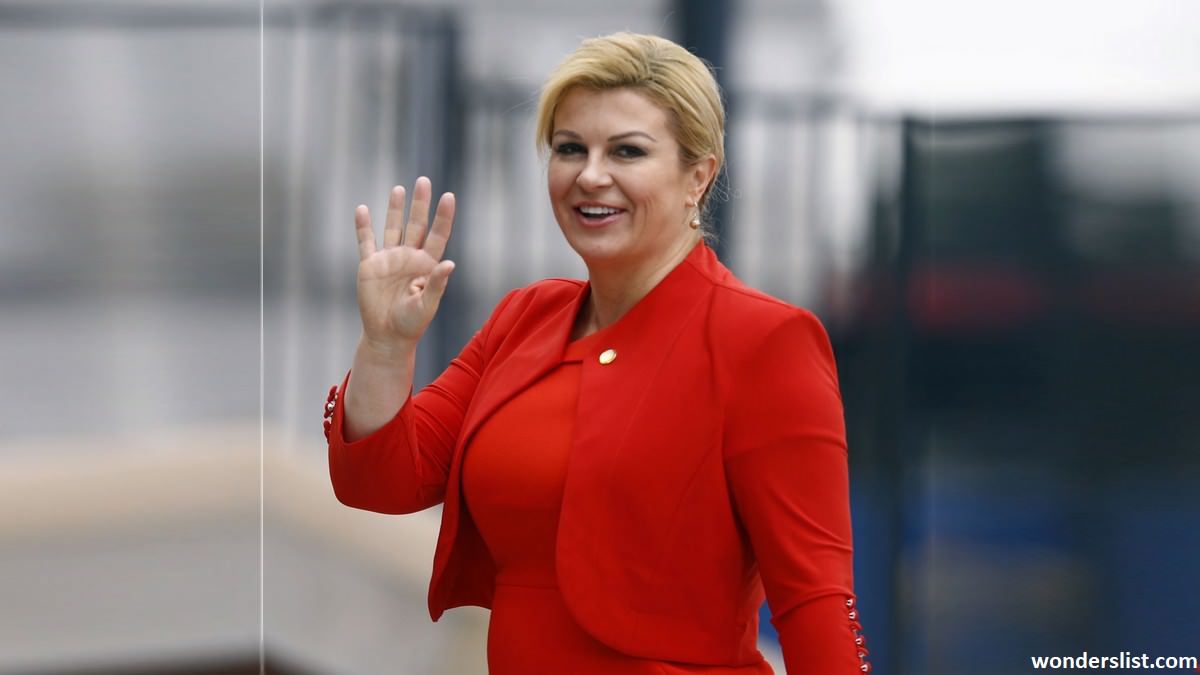 Who are the most beautiful, fashionable, gorgeous and glamorous politicians in the world? Do these politicians think of thick dressers, white ensembles and plain cotton saris? Fashion actually makes a push in the world of politics. It is now common for a politician to wear attractive clothes and fancy handbags.

The former candidate of the US Vice President, commentator and author the 9th Governor of Alaska (2006-2009); Sarah Louise Palin is # 9 on the list of glamorous politicians. Her high-end clothes may have sparked controversy during the US presidential election, but that did not stop Sarah from being a diva she is. Her unmistakable style, boxy jackets with tight skirts, perfectly embodies her feminine image.

Among the most glamorous women politicians, no 8, the Indian Canadian politician Ruby Dhalla, who also starred in a few Bollywood films. Ruby Dhalla was also in the list of the 50 most beautiful people in Canada. She also had a short time as an actress in Bollywood films. Dhalla and Conservative MP Nina Grewal from British Columbia were the first Sikh women to work in the Canadian House of Commons.

Joanna Mucha is one of the most beautiful and glamorous women politicians in the World. This Polish beauty graduated from the University of Warsaw and holds a doctorate in economics. She was Polish Minister of Sport and Tourism in the government of Donald Tusk.

A politician who campaigned for women's equality and worked hard to improve women's rights in the EU. Their political approach could be called a surfagette fighter. Strongly committed to sport and the development of sport.

Sethrida Geagea is a successful and famous Lebanon politician and activist. She is beautiful, has an impressive personality and is admired throughout the world for her looks. Due to her efforts, Sethrida is also a favorite in the media in Lebanon.

The most attractive woman in politics from Pakistan , Maryam is the daughter of three-time Pakistani Prime Minister Nawaz Sharif. She made her political debut in November 2011.

Third in the list of the most glamorous politicians is one Indian politician Priyanka Gandhi. She is the granddaughter of Feroze Gandhi and Indira Gandhi, daughter of Rajiv Gandhi and belongs to the family Nehru-Gandhi. Priyanka is known for being graceful on all occasions. Usually spotted in fancy cotton saris, she amazed everyone by appearing in Parliament in sharp black pants, a white shirt, and a wide belt.

Priyanka is currently Secretary General of the AICC, responsible for Eastern Uttar Pradesh.

Rania Al Abdullah is the current Queen of Jordan as wife of King Abdullah II of Jordan. Queen Rania speaks for different purposes at home and abroad. In Jordan, her work focuses on the caliber and quality of education of Jordanian children. While abroad, she is committed to global education and to ensuring that Heads of State and Government meet their commitments to achieve the second Millennium Development Goal. Universal Primary Education

For glamorous Rania; Queen of Jordan, social activism and impeccable style go hand in hand. She is chic, stylish and hot – and almost always perfectly dressed.

The 4th and 4th current President of Croatia Kolinda Grabar-Kitarović leads the list of the most glamorous women politicians in the world. Grabar-Kitarović is more than just a pretty face in a male-dominated world. It has created a niche and testifies to the unlimited capabilities and reach of women worldwide. She has been named the most beautiful woman in politics by several surveys in the world. In addition, she was named by Forbes magazine among the 39th most powerful women.

Kolinda Grabar received a master's degree in international relations. Although she began her presidency at the age of 46 in 2015, she continued to call for and improve in her doctoral studies at the Faculty of Political Science in Zagreb. Grabar-Kitarović not only speaks fluent Croatian but also English, Spanish and Portuguese. In addition to this list, she also has basic knowledge of German, French and Italian. Her multi-lingual skills allow her to understand and be sensitive to other cultures while being an effective communicator for her European colleagues. With these outstanding achievements, she is a role model for all of us.