Breaking News
Home / Wonder / 10 most famous trees in the world 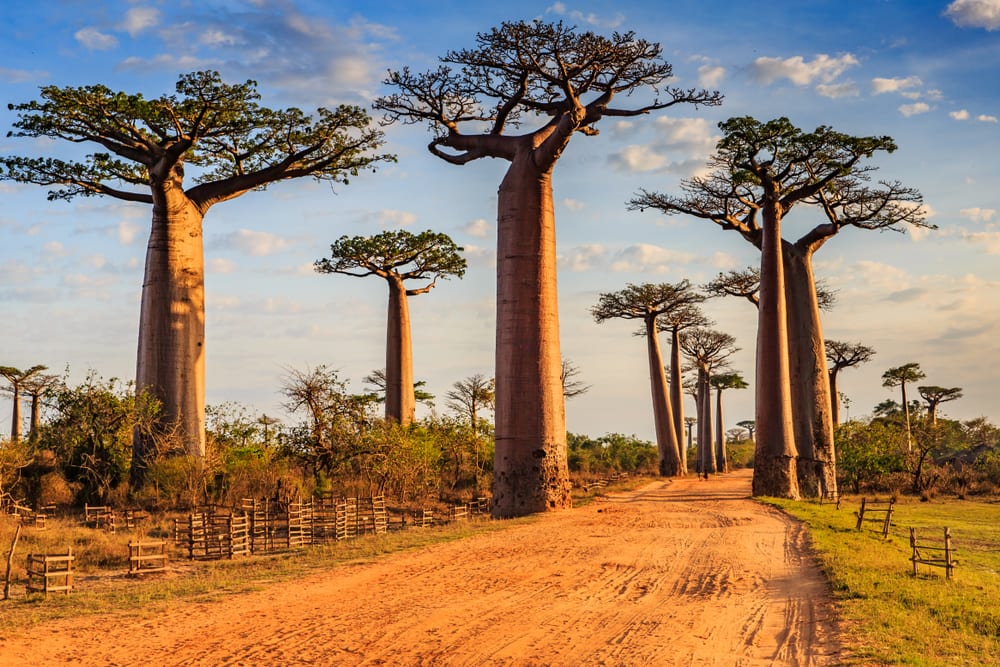 Familiar trees come and go like everything. They exist for a short time until it is their time to go. The most remote tree in the world, the L ‘Arbre du Tenere, a landmark is Sahara, was hit by a drunk truck driver in 1973. Another famous tree disappeared after being blown by high winds during a hurricane, namely the Amsterdam Anne Frank Tree. Fortunately, there are still some extraordinary trees on earth. For an overview of the popular trees on earth, check out this list.

1. The most famous trees in the world: oak 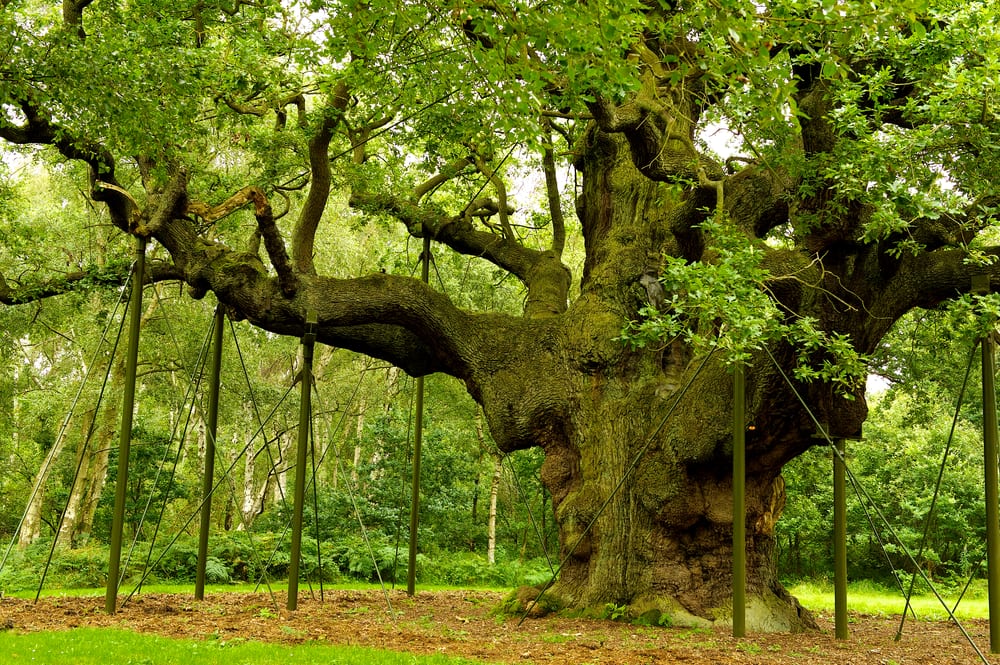 A famous tree in Sherwood Forest, located in Nottinghamshire, England, was once considered by Robin Hood and the gang of outlaws to protect him. This tree is estimated to be 800 to 1000 year old oaks. A notable antiquarian named Major Hayman Rookie included this in his famous book in 1790, which is why this giant oak is called The Major’s Oak.

2. The most famous trees in the world: Arbol del Tule 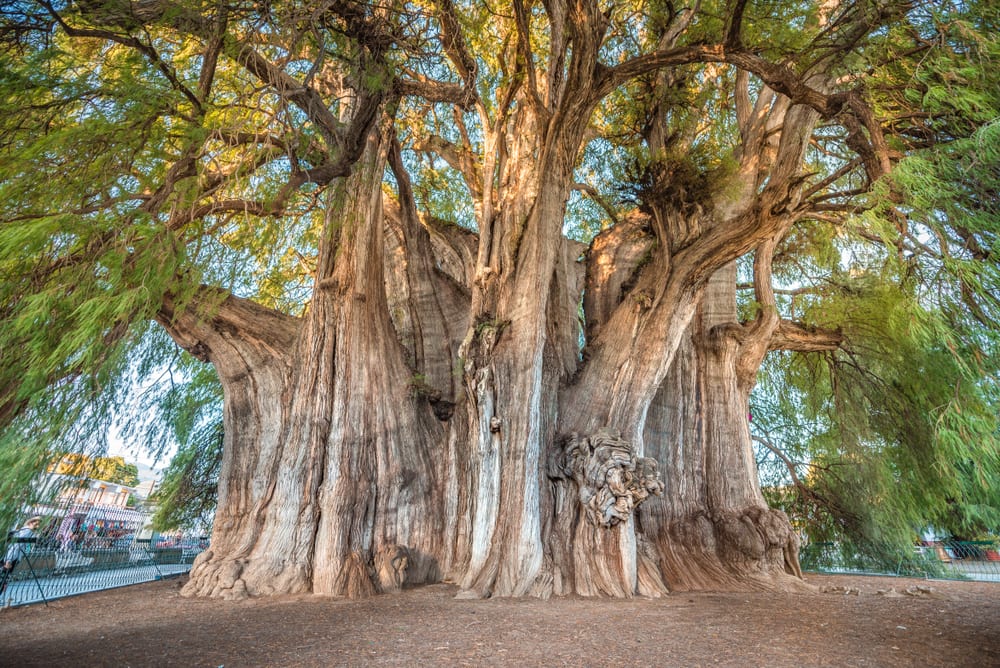 In the center of Santa Maria del Tule in the Mexican state of Oaxaca lies the famous Montezuma cypress called Arbol del Tule. This tree is known for its strongest trunk than any tree in the world. It was once believed that it was a collection of several trees due to its supported trunk and large construction. However, the DNA test showed that it was a single tree between 1,200 and 3,000 years old.

3. The most famous trees in the world: cotton tree 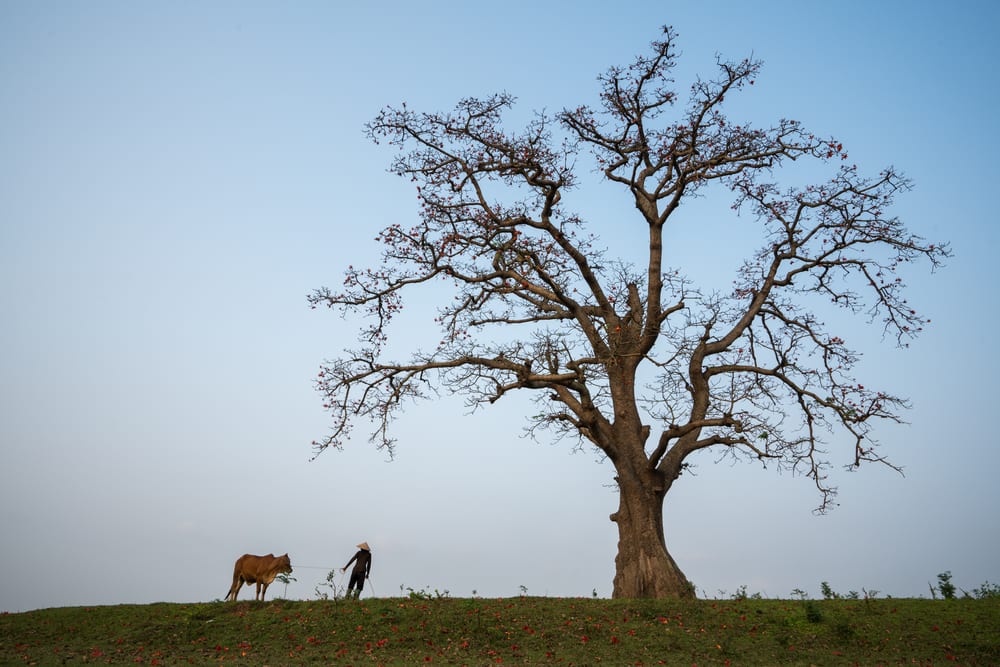 In 1792, a group of African American slaves gained their freedom after fighting for the British people during the War of Independence. The former group of slaves thanked God for their freedom in the shade of a huge tree now known as the cotton tree. Legend is why the cotton tree became a notable symbol for Freetown, which is in Sierra Leone.

4. The most famous trees in the world: Boab Tree 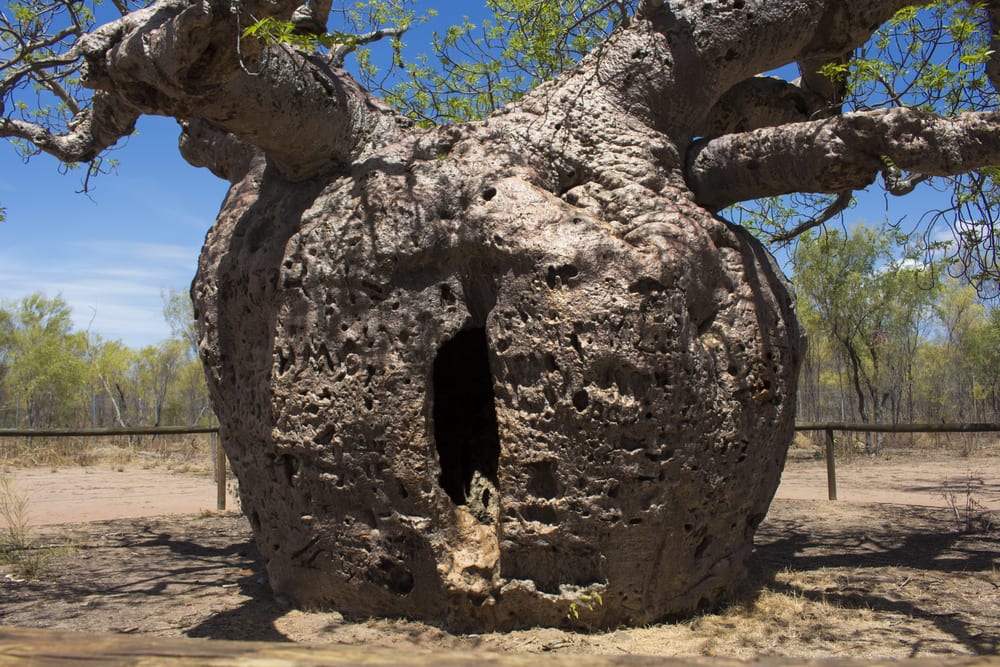 A large hollow tree in the southern part of Derby, Western Australia, was once used as a prison for the indigenous prisoners of Australia for sentencing in the 1890s. This hollow tree was called the Boab Prison Tree for this reason. In the present, a fence has been built around it to protect the tree and keep it safe from vandalism.

5. The most famous trees in the world: Lone Cypress 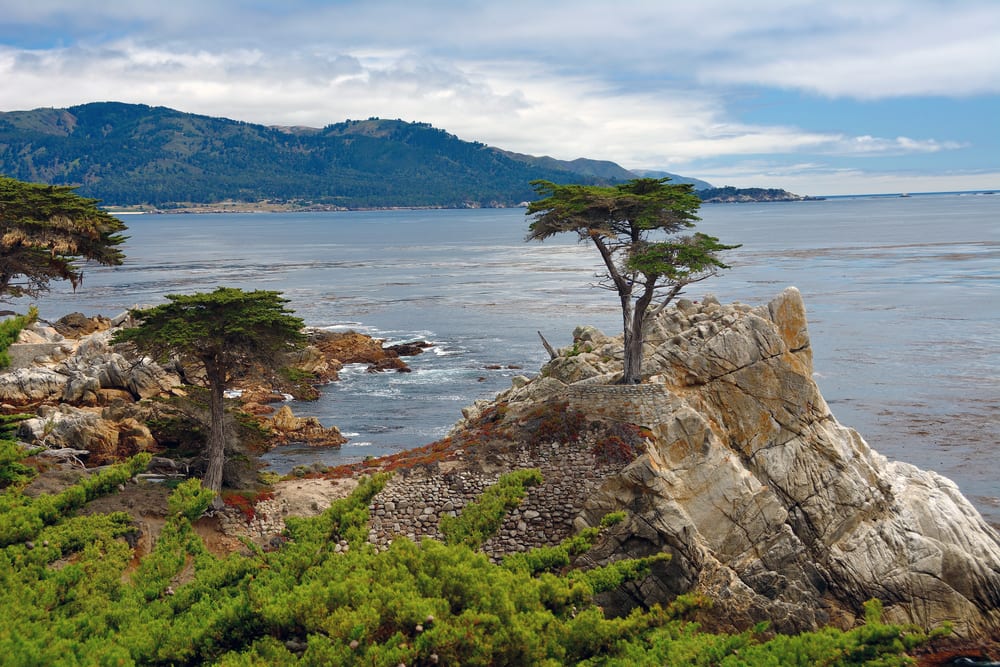 People were able to see this cypress tree near Monterey during a road trip along the scenic road through Pebble Beach and Pacific Grove, which is a 17-mile drive. This made it the most popular point during the trip. The trail offers the most picturesque and remarkable places with the mesmerizing view of the Pacific coast. The species of the lone cypress tree is endemic to California’s Central Coast.

6. The most famous trees in the world: dragon tree 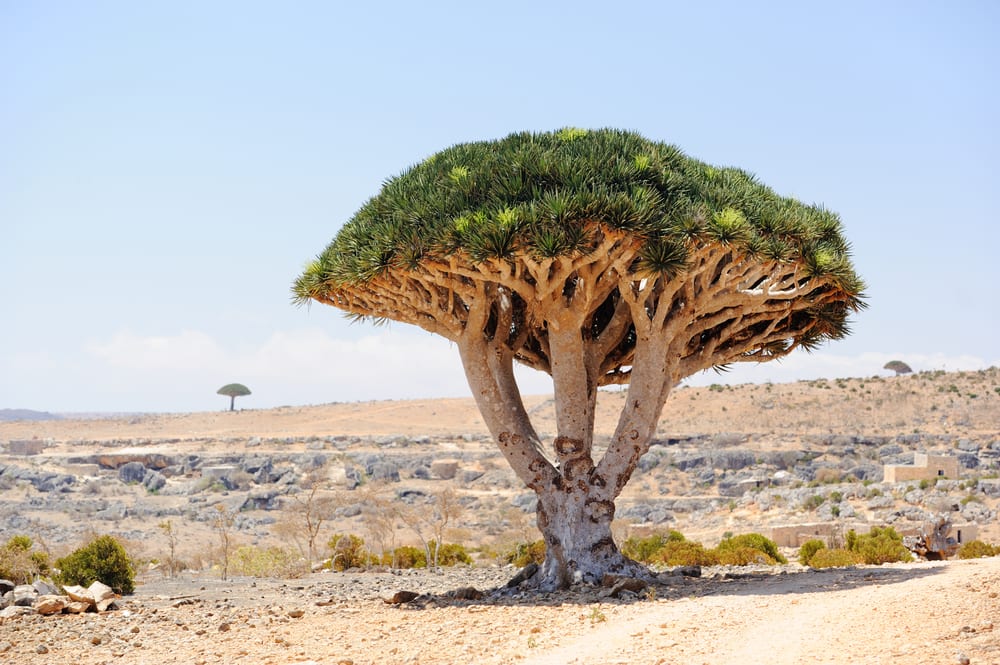 The blood tree of the Socotra dragon is undoubtedly the most famous and unique plant on Socotra Island. With its peculiar and arguably rather strange appearance, which could almost be compared to an inverted umbrella, this organism can survive in different weather conditions. The gigantic, almost like a crown, offers enough shade to minimize evaporation. Its name “Dragon’s Blood” was derived from its dark red resin.

7. Most famous trees in the world: Baobabs Avenue

Nestled between the dirty street of Belon’i Tsiribihini and Morondowa in western Madagascar lies the well-known and fascinating pair of trees called the Avenue of the Baobabs. Its phenomenal landscapes attract the attention of travelers all over the world, making it one of the most popular tourist attractions in the heart of Madagascar. Eight hundred years ago the baobabs originally stood in a primeval tropical forest. As the population prospered over the years, the large numbers of trees were cleared due to agriculture, and only one of the famous baobab trees survived.

8. The most famous trees in the world: General Sherman 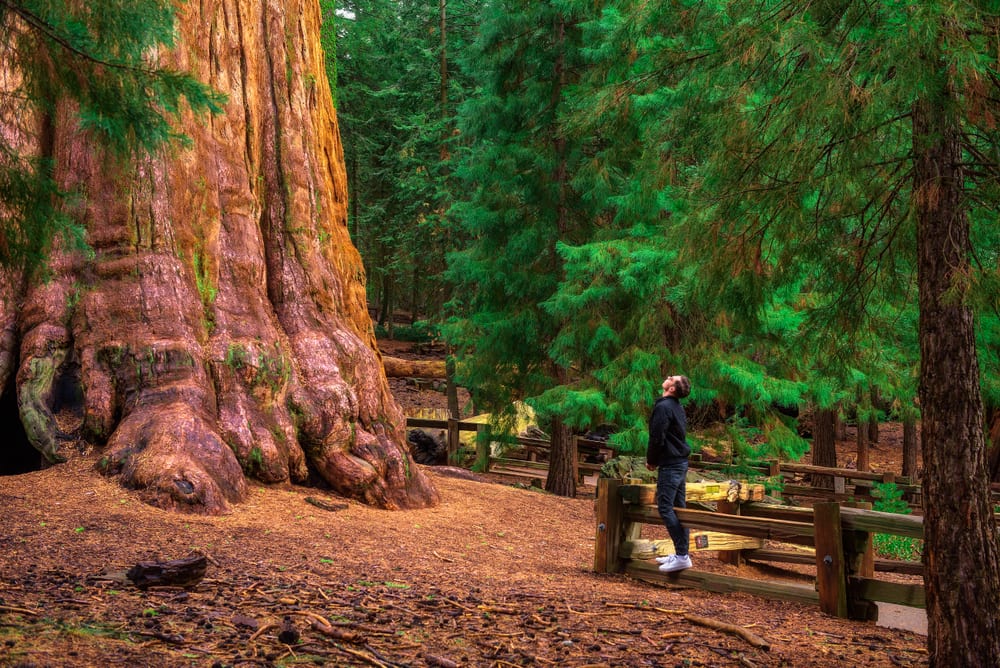 In California, in the giant forest of Sequoia National Park, there is a giant sequoia named General Sherman. Almost all gigantic trees are in this forest, but Genera Sherman will undeniably grab your attention as it is the largest tree among them all. The tree measures at least 35.5 feet from its base and is approximately 2,300 to 2,700 years old.

9. The most famous trees in the world: Tree of Life 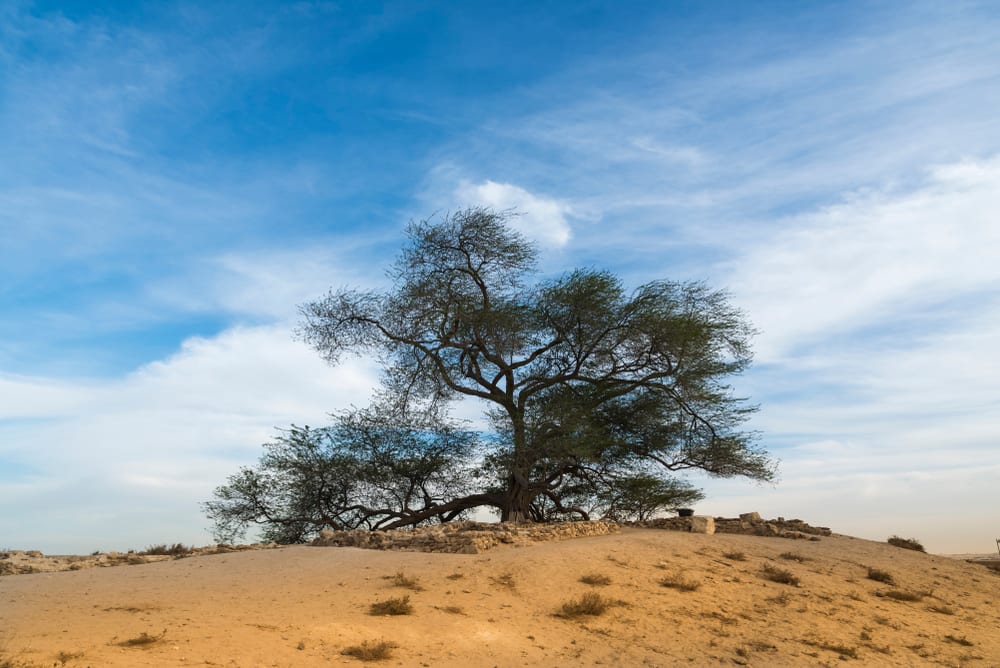 The Tree of Life is known to be the only green living thing that lies in the heart of the hot and isolated desert of Bahrain. This tree is also believed to be 400 to 500 years old. Some locals believed that this tree is the same tree that was mentioned in the Garden of Eden.

10. The most famous trees in the world: cedars of God 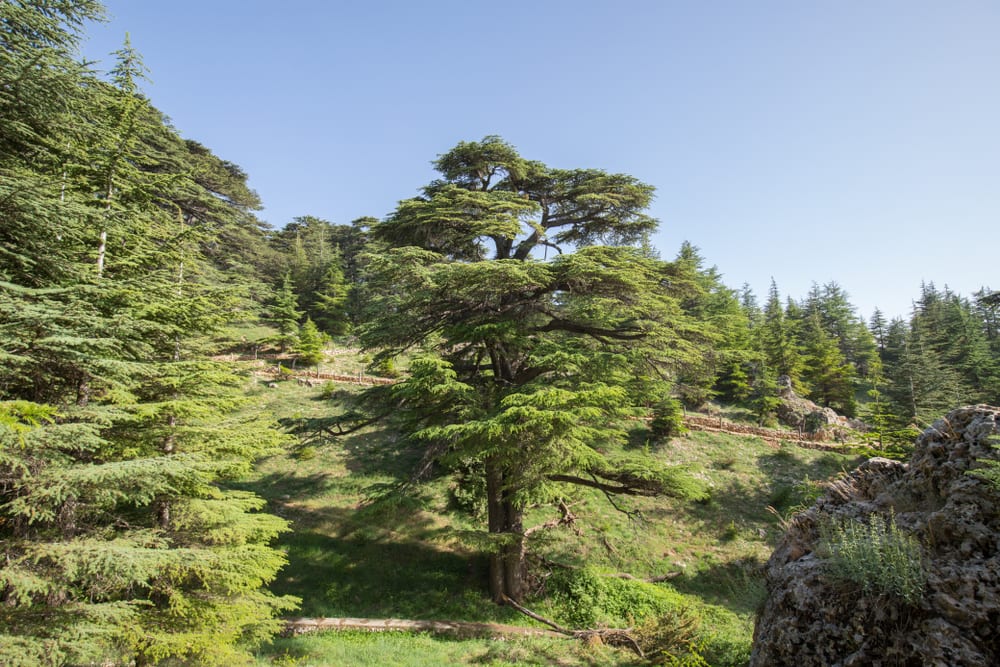 The cedars of God are a not so large forest with around 400 Lebanese cedar green trees in the mountains of northern Lebanon. These trees are the remaining survivors of the extensive cedar forest of Lebanon, which existed in this region as early as ancient times. These trees are known because they were mentioned about 70 times in the Bible. King Solomon used it to build the first temple in Jerusalem and was used by the Egyptians as resin for mummification in ancient times.